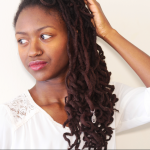 From the moment we meet Lionel, It’s obvious that he would rather be anywhere else than on the stage. We can see this clearly in his body language. In the book, he goes through a range of emotions that illustrate his growth from fear to confidence. In the beginning, Lionel had become comfortable staying out of sight, avoiding being seen and heard.

It wasn’t until he started to reach maturity that it became important for him to showcase his skills so that he’ll leave the pride and become independent.

“My name is Lionel the Lion, and I was oh so shy, I would hide out behind anything I could find.”

“Then I began roaring classes, and made excuses for why —I just could not take the stage, but it was all a lie.”

After once again, making excuses for why he could perform his roar. We follow along as he recounts the core of his problems. It’s revealed that he is in fact a great performer, but his introversion was holding him back.

When he realizes that he was failing, and that it was his own fault he became embarrassed and ashamed that he may not graduate.

Lionel comes to the conclusion that he would rather face the anxiety of performing on stage, than to get left behind. He gets on stage and shares his resonating roar with his community.

Lionel’s roar is well received, and he finds pride in himself. As a shy guy, overcoming his anxiety and no longer allowing it to have control over his life.

By the end of the story, Lionel the Lion is filled with confidence that although he is shy he can and will achieve his goals and perform on a high level.